Light up with Lyon

For centuries now, the people of Lyon have placed candle lamps on their window sills and balconies to celebrate and express gratitude toward the Virgin Mary. This tradition developed into the biggest European Festival of Lights, Fête des Lumières in Lyon. The festival of arts and happiness, common celebration of life. This is also the event which inspired us to create Light.Move.Festival in Łódź. Unofortunately due to the latest tragic incidents in Paris and the state of emergency declared by the President of France, this year’s programme of the festival was moved up to December 016. Although Fête des Lumières could not take place the usual way, the light did not go out!

On December 8th the building of the foundation office located on 113 Piotrkowska St amazed people with dozens of candles. In the same time, the team of Light.Move.Festival. represented by Beata Konieczniak, the creator of LMF, was telling the story of French tradition with our special quests: Honorary Consul of the Republic of France, Alicja Bień and the Voivode the Lodzkie Region, Jolanta Chełmińska. We handed out hundreds of candle lamps ad created the unique light chain connected Lodz and Lyon 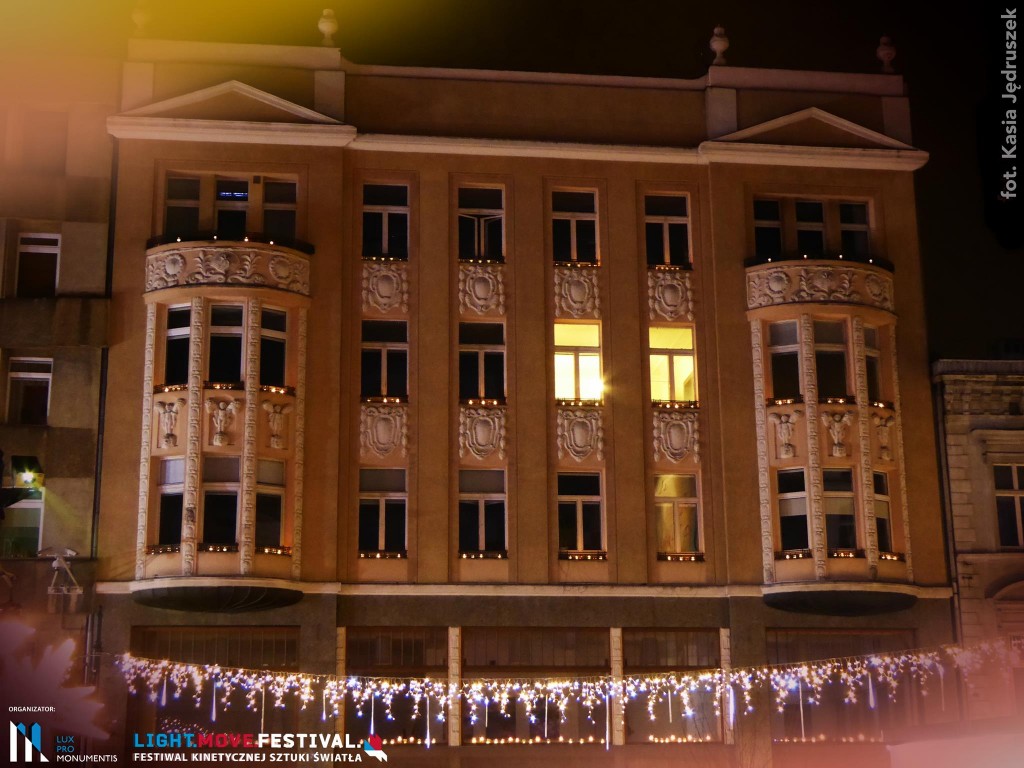 We showed true power of the European community and commitment made to its most beautiful values – freedom, brotherhood, equality, and art, which combine and cross the boundaries.